Zombies to Zoos: Dial Up Your Halloween Scare-o-Meter

Your to-do list for October — from the Halloween Capital of the World to ghost tours, zombie pub crawls and trick-or-treating at Mall of America.

The dried stalks of a cornfield rustle on an inky October night as bare oak branches reach forward like gnarled, bony hands. The quiet, utter darkness and feeling of being alone spooks its share of visitors at Chaska’s annual Scream Town on the southwestern edge of the Minneapolis-Saint Paul metro region. Fortunately, they’re sure to not be alone too much longer. Here come aliens, zombies and circus asylum escapees.

More than 90 actors dressed in their creepiest, spookiest and bloodiest best bring this popular Halloween fright fest to life each fall, ranking it near the top of the metro region’s Scare-o-Meter.

Screaming (and possibly pants peeing) not your thing? No problem. You can spend a whole month enjoying mild, scare-free October events for every age. For toddlers and preschoolers, it’s all about the three C’s: costumes, candy and cuteness. As a bonus, Minnesota’s home to Anoka, the Halloween Capital of the World — which also is two years shy of celebrating a century of October fun.

Here are our picks, from mellow to monstrous!

Halloween Capital of the World in Anoka Anoka is the Halloween Capital of the World

On the northwestern edge of the metro region, Anoka has claimed the title of Halloween Capital of the World since 1920, when local leaders dreamt up a festival designed to divert local kids from pranks like sending cows down Main Street or tipping outhouses. Anoka Halloween has grown to a month packed with family events such as a pet costume contest, a Gray Ghost 5K Run where the runners dress up in wacky costumes, and a Light Up the Night parade with a seasonal twist — imagine floats playing Michael Jackson’s “Thriller” and regional royalty trading their tiaras and perfect waves for monster makeup.

Also in the Minneapolis Northwest region, find Minnesota’s largest corn maze at Twin Cities Harvest Festival & Maze in Brooklyn Park. Walk like a zombie among the corn stalks, or, if you’re extra ambitious, participate in the maze’s trivia and scavenger hunt.

If your fairy princess doesn’t want a coat crimping her wings, go for the weatherproof fun and mother lode of goodies at Mall of America’s trick-or-treating on Halloween — better known as Howl-O-Ween. As a bonus, you can sweeten the outing with rides at Nickelodeon Universe, which hosts its Halloween Black-Out: Glow Crazy. Great Wolf Lodge waterpark hotel near MOA also offers Halloween-themed weekends and activities throughout October with monster bash dance parties, costume parades, storytelling and a themed trick-or-treat trail.

Apple Valley’s Minnesota Zoo launches a new Jack-O-Lantern Spectacular this October with more than 5,000 illuminated pumpkins lighting a trail through an enchanted forest. Keep it mellow and kid-friendly with the daytime Great Pumpkin Fest weekends at Valleyfair— aka ValleySCARE. Teens and adults can return for the after-dark Halloween Haunt with themed scare zones, mazes and creepy characters adding to the usual screams from the 75 rides at this destination theme park.

For anyone who prefers their ghost stories to be more historic and less Hollywood, Stillwater’s lively walking tours distill some of the spookiest stories and sightings in one of Minnesota’s oldest river towns. In Minneapolis, Real Ghost Tours focuses on tales and spirits along the waterfront where the original waterfalls flowed, and Spirit Island once rose from the Mississippi River. In Saint Paul, the Wabasha Street Caves Lost Souls tour takes an eerie twist on the caves’ shady history and tumultuous Prohibition years.

Trail of Terror in Shakopee

Face a Zombie Apocalypse armed with paintball guns, brave the haunted woods, find your way through a heated half-mile maze, and try to win the obstacle course challenge at Trail of Terror— now in its 25th year on the Renaissance Festival grounds. Non-scare activities include food vendors, ghoulish taverns, karaoke, a Shakespearean-themed escape room and the new Knockerball game (strap on giant, clear beach balls and challenge your opponent). The Running Dead 5K on Oct. 20 unites zombies in sneakers.

Go early to fit in all eight themed attractions at Scream Town, from Phobia House to Oak Blood Forest. While it’s family friendly (no alcohol allowed), it’s best for ages 10 or older. Want to ramp up the fright factor? Reserve a spot for Lights Out night Oct. 29, when participants can brave three attractions with only a glow stick and courage.

The Haunted Basement in Minneapolis Be prepared for anything when heading down into this damp and dirty basement: projectile liquids, creepy clowns and psychotic strangers with little respect for personal space. So yes, you will get dirty in the Haunted Basement. No one under 18 is allowed in, which ensures an evening in this basement will tap out the Scare-o-Meter.

Pumpkins are a symbol of fall harvest and Halloween, so what better place to get into the fall spirit than at a pumpkin festival? Head to Gertens, a large nursery in Inver Grove Heights, for the annual Gertens Pumpkin Fest held every Saturday in October. It’s an ideal fall family outing with all-ages activities, including hayrides, a spooky maze, face painting, a petting zoo, fall treats, pumpkin painting and more. 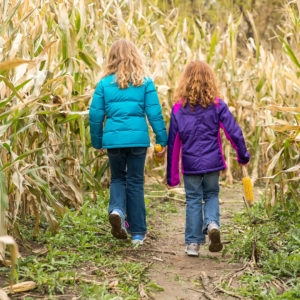 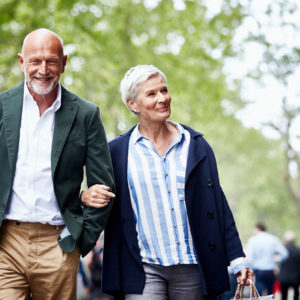 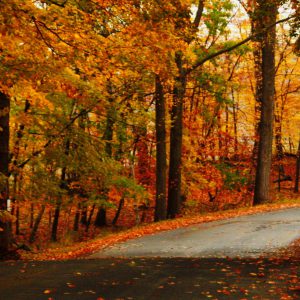