The Best Comfort Foods for Cold Days in Minneapolis-Saint Paul

From pho to cheese-stuffed burgers and everything in between, warm up with these delicious foods that are perfect for a cold wintry day.

Prefer pancakes on chilly mornings? Order the massive blueberry pancakes from RJ Riches Family Restaurant in Mounds View. You’ll only need one, since each pancake is larger than a plate (and your head!).

If you’re looking for an on-the-go option, pick up pastries from one of the many local bakeries in the Minneapolis-Saint Paul metro region. Mi-Sant Kitchen & Bakery — which has locations in Roseville and Brooklyn Park — specializes in croissants, with flavors including strawberry cream cheese, Nutella and apple. At Anoka’s Krown Bakery & Eatery, enjoy Scandinavian specialties like cardamom buns and kringles. Another tasty Anoka spot: Hans’ Bakery, home of the giant Texas doughnut — it’s big enough to split with a friend (or two!).

The Juicy Lucy (sometimes spelled “Jucy Lucy,” depending on the restaurant), is a cheese-stuffed burger that was invented in Minneapolis. You can find it on the menu at restaurants like Matt’s Bar (which lays claim to making THE original Jucy Lucy back in 1954) and the 5-8 Club (which also lays claim to creating the Juicy Lucy). In addition to the classic American cheese-stuffed version, there are variations featuring gourmet cheeses and creative toppings. Whichever one you choose, take your first bite carefully — the molten cheese in the middle is piping hot!

The pasty — a shortcrust pastry wrapped around a meat-and-vegetable filling — is a favorite food on the Iron Range, originally brought to northern Minnesota by Cornish miners. In the Minneapolis-Saint Paul metro region, you can find Minnesota-style pasties at the Iron Ranger in Saint Paul. Pasties are also on the menu at Eagan Arms Public House and Minneapolis’ Potter’s Pasties & Pies. Potter’s is known for its pasties and serves up five different types, including “The Pig,” which features braised pulled pork, apples, onions and coriander.

Nothing’s better than a bowl of piping hot soup on a snowy day. Warm up with a hearty crock of beer brat and cheese soup at Brick & Bourbon, which has locations in Stillwater and Maple Grove. The menu also includes a Reuben soup loaded with pastrami and a daily soup special.

Pho is a Vietnamese soup made with broth, rice noodles, herbs and meat, and it’s perfect for taking the edge off winter days. Some of the best spots to get pho in the metro region include Saigon Palace in Burnsville, iPho2 by Saigon in Inver Grove Heights, Wok in the Park in St. Louis Park and Pho79 in Saint Paul.

Another cozy option? Ordering a bowl of ramen, a Japanese noodle soup, from one of these metro region spots. Tori 44 serves a variety of meat-based ramen, as well as vegetarian and vegan ramen. Zen Box Izakaya in Minneapolis offers delicious takeout ramen kits, and the menu at Ramen Kazama (also in Minneapolis) includes pork, chicken and veggie-based ramen options. The signature dishes at Lat14 in Golden Valley include the Creamy Tom Yum ramen and braised duck ramen.

It’s hard to beat the nostalgia and comfort of a chicken pot pie. Eagan’s Mason Jar Kitchen offers a Minnesota-inspired chicken pot pie that includes wild rice, corn and cheddar cheese. At 50’s Grill in Brooklyn Center, the chicken pot pie, with its meaty chunks of chicken, savory gravy and flaky pastry crust, has been the restaurant’s best seller for more than 20 years.

Heat up your tastebuds with a spicy order of jambalaya at Mallards Restaurant & Lounge in Inver Grove Heights. Chicken, shrimp and andouille sausage are sauteed in Cajun butter and served over risotto for a dish that’s guaranteed to warm you from the inside out.

Collard greens, jerk chicken, ribs, and more — soul food is synonymous with comfort food, and Angelea’s Soul Food Kitchen in Brooklyn Park serves up generous portions of traditional family recipes. For a modern take on soul food, check out Minneapolis’ Soul Bowl, where you can build your own custom bowl with a base, vegetable, meat (or plant-based protein) and sauce.

If the cold weather has you craving carbs, treat yourself to some Italian-style pasta. At Lela in Bloomington, pastas are handmade daily (don’t forget to order a giant meatball on the side). Stillwater’s Domaćin Wine Bar serves a delicious tagliatelle dish with shrimp and scallops. And at Cossetta Alimentari in Saint Paul, you can opt for lasagna or noodles at the counter-service eatery or splurge on a special-occasion pasta meal at the full-service restaurant.

And finally, for the poster child of comfort foods — a gooey bowl of mac and cheese — you’ll want to head to McCoy’s Public House in St. Louis Park. Theirs is made with cheddar, mozzarella, smoked provolone, Asiago and Romano cheeses, with a buttered brioche crust. Customize it with add-ins including caramelized onions, bacon and blackened chicken, or try one of the signature combos like the buffalo mac with buffalo chicken and blue cheese. 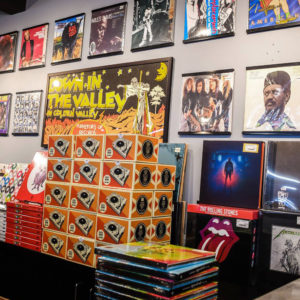 Your Guide to Holiday Shopping in Minneapolis-Saint Paul

There are shopping districts all over the Minneapolis-Saint Paul metro region filled with locally owned boutiques, craft markets and more. Here’s where to go. 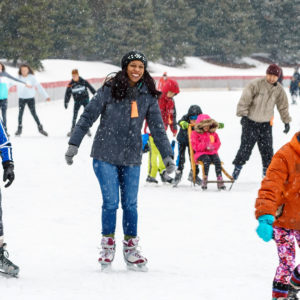 Embrace the cold in the Minneapolis-Saint Paul metro region with a weekend’s worth of icy activities, such as ice skating, curling and ice fishing. 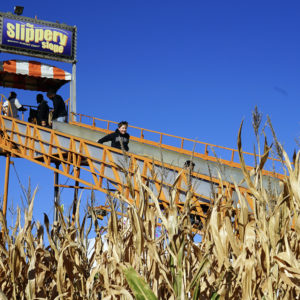