Whether you’re looking for a big night out or a low-key evening of fun, there are plenty of nightlife options to choose from in the Minneapolis-Saint Paul metro region.  Iconic live music venues, comedy, thought-provoking theater, gaming, and more: here’s your guide to the best spots.

If you love live music, make Minneapolis’ First Avenue the first stop on your nightlife itinerary.  It’s a local landmark thanks to its association with Prince (fans will recognize it from Purple Rain), and it remains the center of the local music scene, hosting over 500 concerts a year.  Make sure to get your picture with the iconic star wall, which commemorates the music legends who have played at First Avenue over the years (including Prince, who has a special gold star).

Across the river, another historic spot to catch a show is Saint Paul’s Palace Theatre, which originally opened as a vaudeville theater in 1916 and has since been converted into a top-notch concert venue.  Prefer to catch a local act?  You can pair a meal or craft beer with a show at Eagan’s Bald Man Brewing Company, Jersey’s Bar & Grill in Inver Grove Heights, Schullers Tavern in Golden Valley, and Stillwater’s Tilted Tiki, all of which regularly feature live music from local talent.

If you want an evening of music that feels like a glamorous trip to the past, check out Crooners Supper Club in Fridley.  An homage to classic mid-century nightclubs, the opulent supper club is the perfect place to enjoy an upscale meal or a cocktail as you listen to a jazz, piano, or cabaret concert.  The Anoka Hardware Store is another unique spot to pair a drink and live music—it’s a hidden speakeasy (look for the red light) that hosts jazz and blues performers inspired by the Prohibition era.

After you’ve soaked up the local music scene, find some laughs at Rick Bronson’s House of Comedy.  Located in Bloomington’s Mall of America, the club features local comedians and tour stops by nationally-recognized stand ups (added bonus: you can pair your night out with some shopping at the mall’s over 520 stores and grab some eats at one of the over 50 restaurants).  For a more intimate comedy venue, visit Saint Paul’s Laugh Camp Comedy Club, which is known for its diverse lineup of stand ups and also hosts a weekly open mic night.

Whether you’re into glitzy musicals or edgy drama, the Minneapolis-Saint Paul metro region has one of the most vibrant theater scenes in the country, with both established and smaller, experiential companies.  Start at the Guthrie in Minneapolis’ historic Riverfront District—with three theaters, you’re sure to find a performance that piques your interest.  The Guthrie is beloved for its annual production of A Christmas Carol, and the theater company also produces everything from Shakespearean classics to world premieres of new works.  Get to the show a little early so that you can appreciate the impressive views of the Mississippi River and Minneapolis skyline.

Next, check out some top-notch theaters in the suburbs.  Bloomington’s Artistry produces musicals in the Schneider Theater, with a mix of classic and contemporary shows.  During intermission, you can view a free art exhibit in the adjacent Inez Greenberg Gallery.  Another local favorite is the award-winning Yellow Tree Theatre in Osseo, which produces a wide range of thought-provoking, inspiring plays.  Since it’s a 120-seat venue, performances are an immersive experience.

If sports and games are more your scene, cheer on the Minnesota Whitecaps, Minnesota’s only professional women’s hockey team, at the Richfield Ice Arena.  In the mood for some interactive fun?  Head to St. Louis Park’s Punch Bowl Social and challenge your companions to a friendly game of bowling, ping pong, foosball, or Giant Jenga.  There’s also a vintage arcade where you can revisit classic games from your childhood.

For LGBTQ+ centered nightlife, visit the Black Hart of Saint Paul.  Located near Allianz Field, it’s both a soccer bar and a gathering space for the LGBTQ+ community, with a lineup of entertainment like drag shows, burlesque, bingo, and karaoke.

However late you stay out, wrap up your evening at Mystic Lake Casino in Shakopee, which is open 24 hours a day, 365 days a year.  Minnesota’s largest casino offers slots, bingo, blackjack, and electronic table games, plus there are nearly a dozen bars and restaurants onsite. 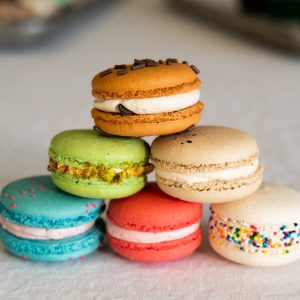 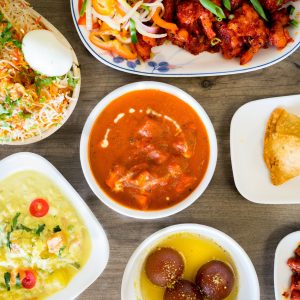 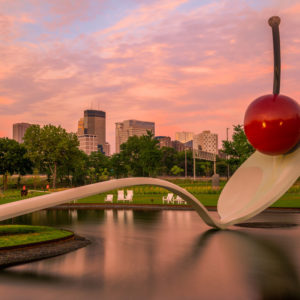 Between their many acclaimed restaurants, state-of-the-art stadiums, progressive venues for the performing arts, and serene recreational spaces, Minneapolis, St. Paul and the rest of the metro region pack as much relative punch as cities twice their size. Which may leave you wondering what sets the Twin Cities truly apart from the rest of the country. […]